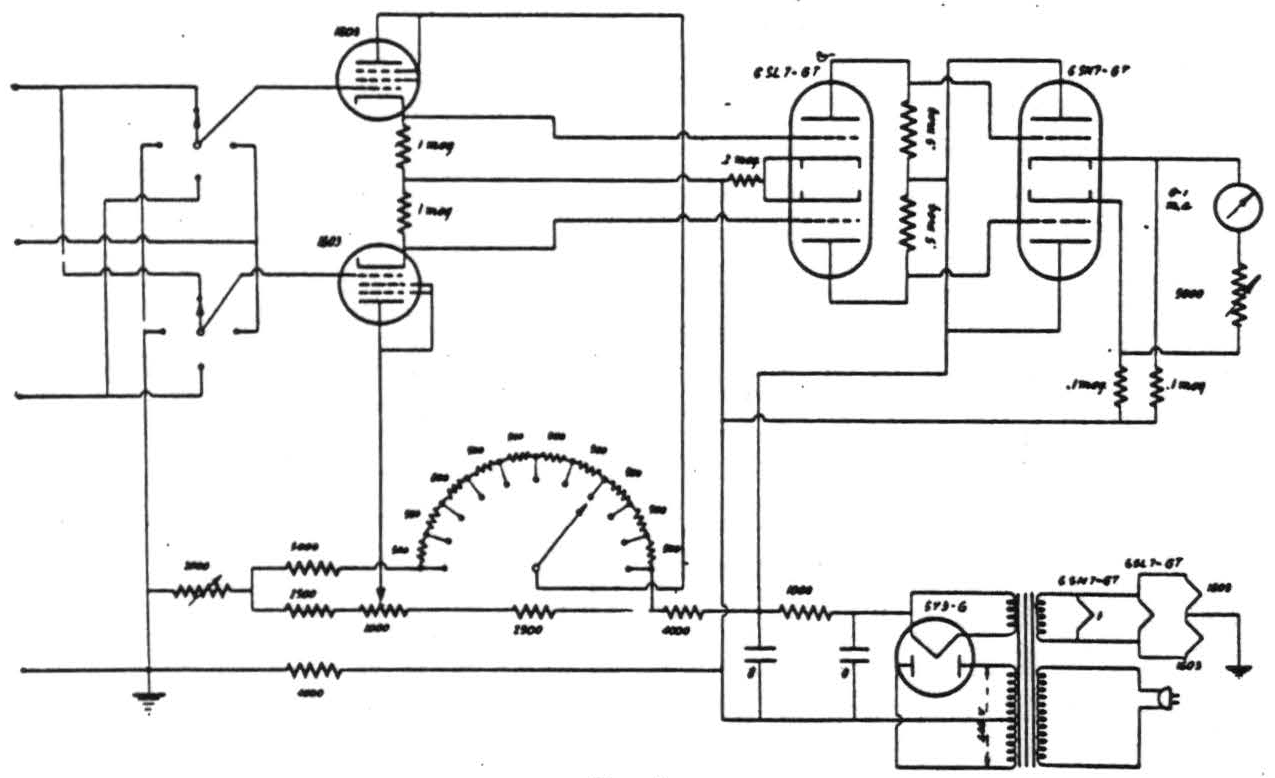 Figure 1. Circuit of the voltmeter, featuring cathode-coupled input which draws less than 10-12 amperes. The gain and the voltage-divider are so adjustable that the full-scale deflection of the meter, and also each step of the decade resistor correspond to 0.1 volt input. A d-c amplifier may be connected to the cathodes of the 1603's or of the 6SN7-GT for the purpose of recording.

Using any noble-metal (usually gold-plated platinum) as an electrode of 1.5 mm2 in conjunction with a vacuum-tube voltmeter (see Fig. 1) drawing less than 10-12 amperes, it is possible to measure redox potentials in vitro. The same procedure has been applied to the cerebral cortex in vivo.

One noble-metal, one glass and 2 Ag-AgCl saline-wick electrodes were placed close together on the cerebral cortex of a cat. The EMF between each pair of electrodes was measured and, on some occasions, recorded continuously, on an Offner crystograph at .5 cm per min. The vacuum-tube voltmeters, each having differential input, were employed synchronously. The EMF of the glass electrode against either wick electrode was correlated with a pH by standardization in buffers of known pH, and the EMF of the noble-metal electrode against either wick electrode was correlated with the redox potential of systems of known composition of oxidant, reductant and pH.

We wish to confine our present note to a few of the results obtained to date. 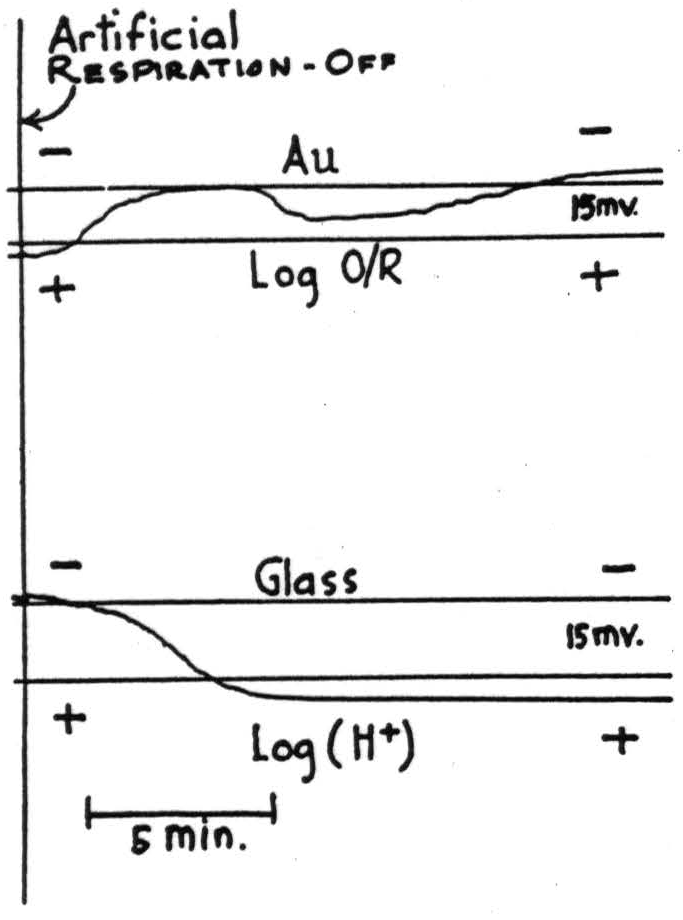 respiration, the EMF of glass and noble-metal were practically constant.

The equivalence of noble-metals and that they are noble incline one to believe that in vivo as well as in vitro, the observed EMF measures a redox potential. Its value is in the range of the hemochromogens. Since, in computing redox potentials, the log of the. ratio of oxidant to reductant and the log of the concentration of hydrogen ion entei1 with the same sign, changes of both noble-metal and glass in the same direction may only indicate that the system communicating with noble-metals includes hydrogen ion, and one cannot conclude that the change involves any other significant alteration in the ratio of oxidant to reductant. However, the large changes seen upon cessation of respiration are opposite in sign, implying a great change in this ratio. For this reason, alterations of EMF of noble-metal electrodes may indicate chemical alterations which have escaped other methods of synchronous detection.

1 Reprinted from Proceedings of the Society for Experimental Biology and Medicine, 1945, 58, 292-293 ↩
2 The author wish to thank Merek and Company, Inc., for placing dihydro-#x03B2;-erythroidine at their disposal ↩