A review of The Paradox of Control in Organizations 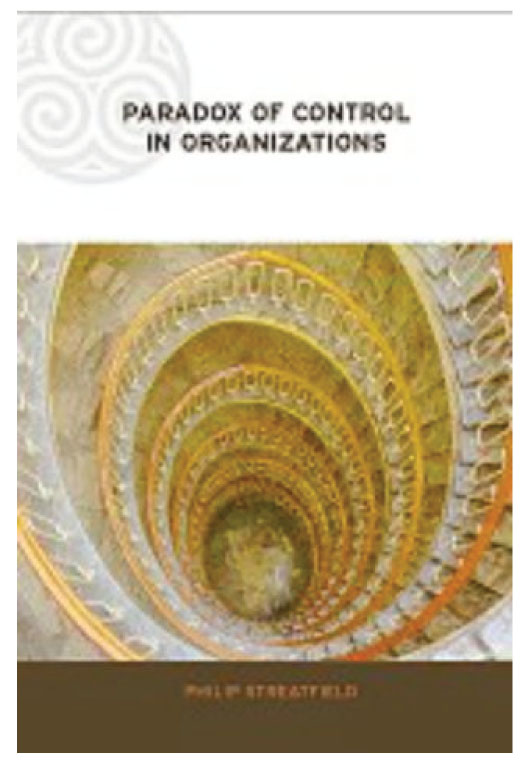 Those who have read the work of Ralph Stacey and his colleagues will find much that is familiar in Paradox of control in organizations by Philip J. Streatfield. This should come as no surprise, since Streatfield was a student of Stacey’s, and this book is part of the same series on Complexity and Emergence in Organizations (edited by Stacey along with Douglas Griffin and Patricia Shaw) that first introduced the perspective of complex responsive processes. Readers new to the topic need not be put off, however, since Streatfield offers plenty of theoretical background to fill in the blanks.

Indeed, one weakness of many of the books in this series is a tendency to repeat certain catchphrases rather too often, in an almost chant-like manner, which can become tedious. Streatfield is frequently guilty of the same lack of variety in his phrasing when discussing the basic concepts of complex responsive processes, or change through ongoing variations in real, unplanned and unstructured conversations throughout an organization. Scholars and practitioners interested in practical applications of theories of complexity should nonetheless not let themselves be deterred by matters of rhetoric or style. What this book does very well is explore the real-life experience of management from the standpoint of someone personally involved in events.

Streatfield describes his experiences at the pharmaceutical company SmithKline and its later manifestation SMK, following a merger with Beecham, from a very personal standpoint, refusing to force them into the neat boxes of many management texts. It is as much a diary of one man’s changing perspective as it is an exploration of the “paradox of control,” and Streatfield’s chronicle of his struggle to understand both larger events and management’s role in them is the book’s greatest strength.

The book is arranged in more or less chronological order, tracing the author’s career from his earlier position as chemist and line manager to that of supply chain consultant reporting directly to top executives. After a brief outline that clearly sets forth the basic gist of his argument and the overall structure of the book, Streatfield begins his account by describing the start of his managerial career, when he became aware for the first time of how much human “wiggle room” necessarily remains even in high-precision production processes. Streatfield describes this realization as “chastening” and “unsettling,” a challenge to received wisdom about carefully controlled cause-and-effect relationships, reinforced through his scientific background and training in systems such as Total Quality Management.

This new perspective colored Streatfield’s thinking as his employer merged with another industry colossus and the two organizations sought to develop new products and find a workable relationship. It wasn’t until he began to grasp the importance of informal conversations in creating meaning that Streatfield truly appreciated the problem facing managers (and, one might add, everyone else): how to foster a sense of order and positive evolution within a context of ever-shifting, uncertain circumstances.

Streatfield avoids the pitfall of implying that talk is the sole developmental process under way within organizations. He carefully walks the tightrope between operational practices and the meaning-making that is essential to them, and that serves to foster a sense of security even in the midst of turbulent events. Conversation is described as an essential process, central to the CRP approach, but it remains subordinate to or at least in equilibrium with operations. Indeed, therein lies the paradox named in the title.

The main point of the book is to use the author’s personal experiences to illustrate an approach to the ambiguity and uncertainty present in all real-life organizational circumstances that is neither passively accepting, nor rigidly seeking control. Streatfield’s view of effective management is the ability to manage meaning for colleagues and subordinates, and help them create (and continuously recreate, as situations evolve) a sense of order and understanding that allows them to complete their tasks and develop plans for the future. Essentially, he is saying, we cannot control overall events, but we can control how we (and to some extent others) interpret them, and that is the central paradox managers must deal with every day. The Paradox of Control in Organizations is an account of a sensemaking exercise that should prove useful to both managers and those who study real-world organizational processes.